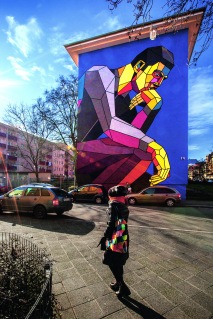 The best projects start with the search for the perfect wall. In 2013, street art duo HERAKUT were looking for a wall in Mannheim to portray the last page of their ‘Giant Storybook Project’ in 2013. In support, Mannheim’s housing association GBG, Montana-Cans, the Agency for Urban Cultural Development and the Alte Feuerwache cultural arts center joined forces to help find the perfect spot. A wall on a six-story building in Mannheim is now titled “My Superhero Power is Forgiveness”. After this amazing process and the fruitful collaboration, another artist was invited. The idea of founding the ‘Stadt.Wand.Kunst’ or ‘City.Wall.Art’ project was put into motion, with the goal of creating a public gallery on Mannheim’s grey city walls. After a fantastic start with internationally renowned artists such as ASKE and SATONE, we decided to reach out to local talent to give them the opportunity to experiment and hone in their skills on abandoned buildings. The results were incredible, proving that the regional urban art scene definitely deserves its place in the spotlight.

The urban gallery is as versatile in terms of nationalities as it is in its choice of themes. Motifs range from HERAKUT’s wall focused on personal growth to murals with politically-aimed messages like BEZT’s artwork titled “Europe“. The statements of many artworks are as powerful as the images themselves. 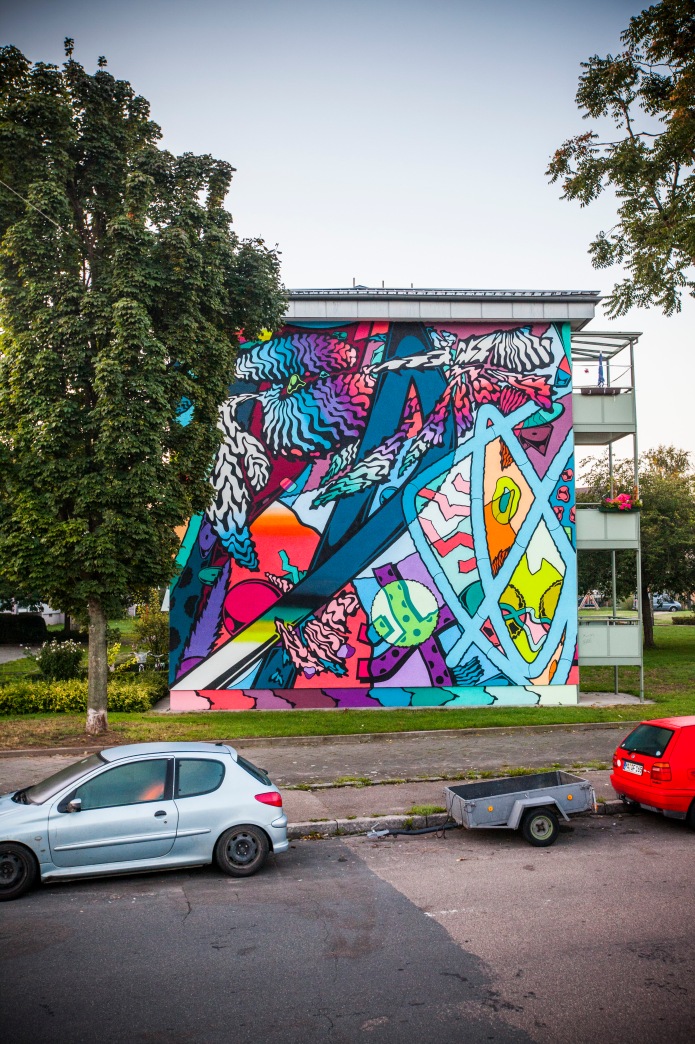 Creating this gallery piece by piece, by inviting amazing artists from all over the world, is like giving the city another gem with each addition. Especially districts with poor reputations, in which the quality of life isn’t as high as other parts of the city; that’s where these inspirational messages and creations really provoke thought. 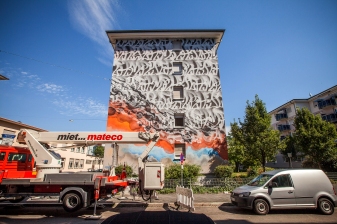 This encourages the solitary exchange between the observer and the artwork. Being able to watch the creation process of the piece being painted and then seeing it every day, or maybe going out of your way just to be able to see it and experiencing the difference in the effect as it corresponds to the time of the year or even the day that you look at it. 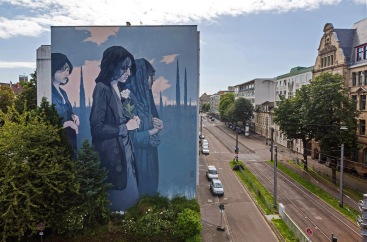 It is this private and intimate non-verbal dialogue that creates a special bond with these breathtaking murals and it is that sense of fulfillment that touches anyone involved in the ‘Stadt.Wand.Kunst‘ project.

3 thoughts on “Stadt. Wand. Kunst. A Public Gallery for the Grey Walls of Mannheim, Germany.”