LA-based Risk has been at the core of the West Coast graffiti scene for the last 30 years. Risk remains an active member of some of the most influential graffiti crews in the World: AWR and MSK, which were (largely) born out of West Coast Artists, which Risk founded with Rival. Risk was one of the first to paint freight trains in Southern Cali and pioneered painting on freeway overpass signs (heaven spots). No one knows LA like Risk does!

LA has a long graffiti history: Cholo graffiti existed in East LA for decades before the New York style arrived in 1982. Because of our local traditions, when NY graffiti arrived you saw differences in different parts of the city. The Westside of LA was more influenced by hip-hop but the Eastside had the gang tradition. That said, at the start most kids wanted to emulate New York – it took time for LA’s style to really emerge as its own.

In the early days there was a healthy writer community based that used to meet in places like the Radiotron club, which held battles. The competition made writers work hard to get better and that competitive spirit has always been a part of the LA scene.  Maybe because of the competition, maybe because of the bright LA sunshine, but our use of colour was distinct from NY. LA writers used brighter, more vibrant colours. That tradition persists today!

There were different phases in LA graffiti – the first generation was roughly 1982-88 but then we started painting ‘heaven spots’ in 1989 and that changed everything. Heaven spots are freeway signs. You have to remember that LA doesn’t have a mass transit system like NY – there isn’t the same subway network. Everyone here has a car and travels on the freeways. So if you really wanted to get up, you had to paint the heaven spots. Unlike train yards, everyone sees heaven spots, not just other writers that go to yards! LA is also a huge city so the idea of going all-city is a lot harder than in New York – you have to paint harder for longer to get up everywhere in LA but writers do – it’s competitive.

Also around 1989 there was a trend towards bigger and blockier letters, due to writers like Chaka. Because LA is so gang-oriented that style led to tag-banging, a kind of fusion of gang-banging and tagging. It only last about five years though then it went out of fashion.

LA’s public policy on art is a mess – in 2002 LA instituted a mural moratorium, which instituted a city-wide ban on murals and adverts. It hasn’t worked and illegal billboards and murals still go up but now artists have to take on silly risks just to make art. To be honest, the moratorium is an affront on the first amendment right to free speech and a clear waste of taxpayer money. There are movements to get rid of the ban and there is some progress!

Our local influences have always made LA’s graffiti different. I pay homage to the NY scene but I think LA’s pushed the boundaries. I think LA is on top and really took graffiti to another level.

Thank you Risk for such a interesting insight into the history of LA graffiti. So fascinating how the size of the city and the way people travel about the city effected the way Writers would get their name up.

LA has such a defined style now and it is great to hear how it was heavy influenced with the Gang Culture and also (like everywhere in the early days of Graffiti) how New York was a heavy influence as well. In particular how the City’s style was different depending on what area of the city you where in.

Today Risk is still very active and is constantly traveling the world exhibiting his artwork and painting walls. He also has done numerous charity work in his effort to give something back to the community that he grew up in and also help to support local and young Artists. His whole story will soon be realised in his soon to be released Biography ‘KEEP ON KEEPIN ON’.

Once again a big thank you to Risk. If you would like to see more of Risk’s work please check out his website. 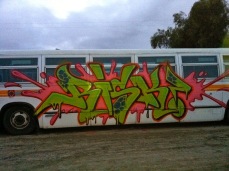 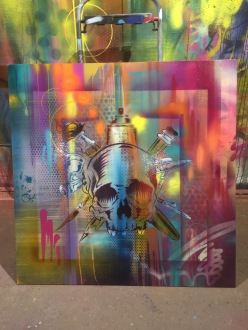 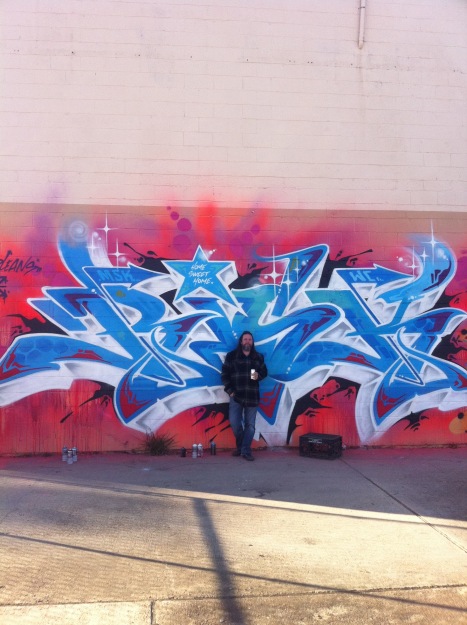 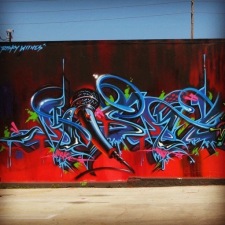